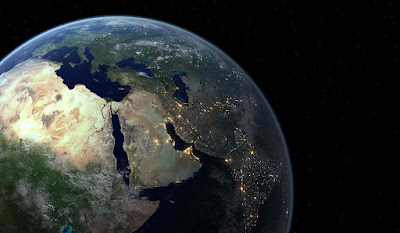 A paradigm shift for the World Federation

Humanity longs to live in a world of peace and human rights, a world in which the rule of law is maintained and the global community takes responsibility for responding to crises.

“Global problems need global solutions,” wrote Joseph E. Schwartzberg,
But the United Nations has failed to deliver on its promise.
Why? Because global solutions cannot be enforced upon sovereign nation-states. A sovereign, by definition, obeys no one but itself. The world needs a global governance having sovereignty over existing nation states. Therefore, this governance must be a supranational sovereign.
However, the possibility of voluntarily igniting such a global revolution, in which all states of the world would renounce their sovereignty, sounds highly unrealistic. But in fact, the global world is already emerging in front of our eyes, and states are unwillingly more and more dependent of each other.

The process of globalization appears to be both natural and historical

It seems like belonging to two different realms which modern rational thinking had learned to keep tightly separated: Politics and Cosmology. We need to understand this point.
One may ask: if globalization is emerging spontaneously, why should we care about it? New political orders seldom emerge without violent opposition, and in this case, troubles could flare up into a third world war. If we understand that globalization will lead ultimately to a better world, we might be able to bring an easier delivery of this new born.
Moreover, the process is not natural only, it is obviously cultural too, the product of human agency, and humans can err. Global governance will happen, but the way it will depends on us.

I propose a new paradigm to understand globalization

One grounded in complexity theory, theory of evolution and emergentism[1]: Creative Emergence. It sees the whole of the system as more than the sum of its parts, and gives meaning to human civilization by including it in the whole cosmic evolution. What was once characteristic of mythical cosmologies is now achieved on a scientific basis.

We can identify general principles operating at all levels of complexity, from the Big-Bang to living organisms and human societies:

Cosmic evolution has a direction: quarks and gluons form the elementary particles. Particles are assembled into atoms, atoms into molecules, macro-molecules, bacteria, eukaryotic cells, plants, primitive animals, higher animals, animal societies, man, human societies... On each floor, there is a jump of complexity when a system becomes a simple element of a higher order system, to form a hierarchy of nested systems.
We humans belong to the highest level of complexity in the universe. We stand on top of the older sedimented strata, where Creation continues at this moment to reinvent itself in an eventful bubbling: human History.
Humans first grouped themselves into versatile hunter-gatherer bands, then clans; clans into tribes; tribes into ethnic groups or peoples, which evolved into complex societies having highly specialized division of labor. Lastly, ethnic groups and states form the most complex system existing on Earth: federal states.

What will happen further?

We need simply to extrapolate the next step onto the future: the complexifying unification of peoples and nations will evolve into one federated humanity in all its diversity. The World Federation (WF) is necessarily the next step in the cosmic evolution of complexity.
Creating the WF is to engage in Creation proper[2]. Humankind has an immense responsibility. But the general principles of emergence that we are describing will help us. Aren’t they after all the original ‘Creator’ blueprint?

They emerge at each new level of nesting[3] which are not deductible from those of the lower constituent elements. The properties of water, for example, cannot be simply deduced from those of the hydrogen and oxygen atoms.
When the Hebrews were freed from slavery, they created a federation of multiple tribes bounded by a covenant, brit in Hebrew. As such, they became a system more complex than the totalitarian Egyptian or Babylonian empires. This could explain the ‘revelation at Sinai’ then of a new body of law, constitution of a new kind of republican polity[4]. It would eventually form the basis of both Western and Islamic civilization.
In the same way, the whole of the WF will be more than its national parts. A new world will emerge, with new laws and new properties we cannot really imagine now. Will the Super artificial intelligence[5] announced by some futurologists[6] turn into the perfect world governance?

Once it is formed, the parts of the system are protected by the overall structure

Society exists if it removes individuals from the Darwinian selection pressure applied at the lower biological level. Concretely, it means protecting the weakest: widows, orphans, foreigners, old people, disabled. Ethics is intrinsic to Creation.
The WF alike will removes individual states from the selection pressure of the lower historical level. It means protecting the weakest states from war and poverty. Thus, the World Federation must be supranational, a sovereign UN on the Earth, its indivisible territory.

This can happen when the system does not repress its complexity, and allows for a rich connectivity and diversity.
We understand now why democracy is a better model for society: it promotes maximum complexity by allowing everyone to express their potentialities, and enables free competition between different social and economic models.

The elements organized in a system do not lose their individuality

On the contrary, their own character is strengthened by their complementary participation in the construction of the global whole. The differentiated cells of a multicellular organism are a good example of this individuation.
The whole of the federation will impact its parts in feedback. Each nation and culture will be autonomous and integrated, independent and interdependent. Each volkgeist will find its own identity and role as a unique member of the mankind family.

Only a few are 'elected'

Each more complex level is also quantitatively smaller than the one that precedes it.
One model of civilization will be elected, the most tolerant and integrative federation. We can already see that globalization is led by the more complex western, democratic and technological nations. Who are the candidates? The EU? The US? Germany? The EU is supranational but not a sovereign federation. I doubt it would be able to turn into one. Furthermore, no national power will be able to impose itself onto the world: it would automatically arouse a counter power, just as once the USSR, and now political Islam, rose up against US dominance. Germany had already tried in recent past...

The most likely leader could well be Israel-Palestine

Their conflict is unique, receives an inordinate share of UN attention, and desperately seeks a unique solution.
The Jewish people returned from a worldwide exile to its homeland, introducing a huge diversity. Meanwhile, the Palestinian Arab people formed on the same land. Therefore, they both have a legitimate claim to it, but two national and territorial sovereignties can only cancel each other out. A supranational Israeli-Palestinian federation is the only solution.
Will they be able to reach this solution[7]? Hope is possible: Arab and Jews already share the Abrahamic faith in the Sovereign of the World to whom the Land belongs, and both were born from a federation of tribes… and they have no other choice.
Once a Supranational Sovereign is recognized in the Holy Land, other nations will be able to join freely. The federal capital, Jerusalem, uniting East and West, should then become the seat of the new UN.

Degrees of freedom in interactions with the environment rise with complexity

Consciousness increases, from primitive forms of sentience to animal cognition, human self-awareness, and a future global ‘Noosphere’[8].
United in the World Federation, with the help of the emerging super AI and reaching new levels of consciousness, humanity will be freed from scarcity, diseases, maybe death. Spatial conquest will open new worlds to its creative forces.